Our annual club “Cleanup Party”, was held this past Saturday May 4, 2019. The weather was not bad for the what work we had to do. Dennis brought his power washer while he, Troy, and Melody worked on cleaning the 1010 rails, they also inspected and did an inventory of all the rails. Bill W and Melody worked on cleaning the launch rods. David, Bill W and DeWain F dissembled and cleaned the high power pads making sure they were in good working condition for the season.

Bill C worked on paring the new Wilson F/X sector box that the club purchased last month, he tested the whole system and inventoried the storage boxes, no surprises there, we are all set and ready to rock and roll. Tom and Bill C reinstalled the solar charging station for the batteries and replaced one of the cables (the charger and the batteries are removed each winter to prevent freezing). All the batteries are in the trailer, charged and tested. Greg brought the “MARS” launch system back with him, Greg and John D worked on a few issues with one sector box. Greg also charged and tested the clubs BigRedBee trackers.

Evan swept out the trailer, boy did it need that. We took a good look at the 1515 rails and decided that we need to replace one of them. The equipment committee (Dennis and Bill C) suggested we get two 10ft sections to replace the old 8 footers. Since MARS is replacing the two mid power pads (older version of “Fade to Black” pads) we reached out to the Syracuse Rocket Club to see if they would like them, James Shattell will be taken those two pads with him after NYPOWER.

Evan and Tom noticed the American Flag at the museum needed some TLC. They took it upon themselves to unwind Old Glory, its flying beautifully now.

Evan took home the outreach items, and will be using them on May 18th at Rochester Museum and Science Center, if you would like to help or for more information, please contact Evan at [ebrown52 at rochester.rr.com]. MaryBeth and Bill took home the low power pads and the launch system for an outreach on May 18th for the Boy Scout Jamboree in Angelica NY. Brett & Sam Carrier along with Marybeth & Bill Clune will be running that event.

Two outreaches in a week before NYPOWER whoot whoot! It was a great day to hang out and talk about the upcoming season. Thank you everyone that took the time out of their day and helping on Saturday. 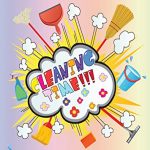