After waiting a YEAR NYPOWER-23 is in the books! May 29 – 31 2021
Setup day was a rough one and that is being KIND! Cold, rainy and windy! It was so bad that we must give a personal shout out to these people!

Covid put a hamper on many things even the ability of the museum to mow the grass, which continued into this spring.  Bill Clune came out Wednesday in a vein attempt to mow a range for us. Fortunately, one of the museum personal realized futility of this and borrowed a brush hog from a neighboring farmer and cleared a proper Range.

The 2021 NYPOWER Thrust-master is Jackson Pembroke who celebrated his birthday by not only flying more rockets than could be counted but also achieved his NAR Jr L1, Congratulations “Action” Jackson!

The team of Neil Brown and Dan Micheal once again wowed the spectators and even some of the flyers with Neil’s Nike Smoke built over the winter for this launch. A complex “N” A central M and 4 L motors, flown to nearly 6k
Dan himself nearly broke the longest flight record with his Armageddon, it decided to deploy its main chute at apogee and drift a mile of so down range, during search the Geneseo Police arrived investigating reports of a huge rocket laying in someones yard!

Chris Jezewicz after 13 years of dating, finally proposed to Tracy on the field, we assume she said yes!

The Spencer Family Celebrated their wedding anniversary by flying some rockets, a family that flies together stays together!

Due to weather rolling in Saturday evening it was decided to move the night launch to Sunday! Thanks to Troy Jurus started out as LCO and was later replaced with MaryBeth and Analise Clune. The crew from MDRA in Maryland seemed to enjoy the evening festivities quite a bit. 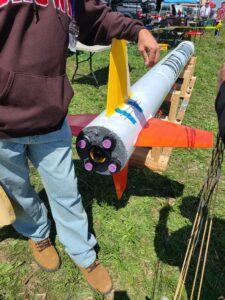 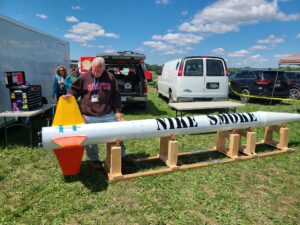 NYPOWER Saturday by the Numbers 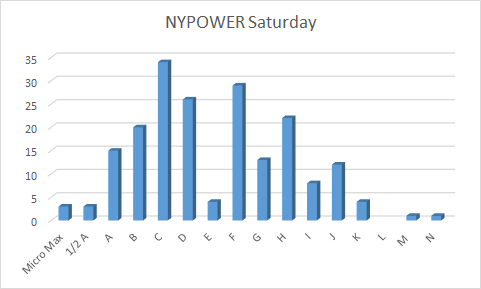 NYPOWER Sunday by the Numbers 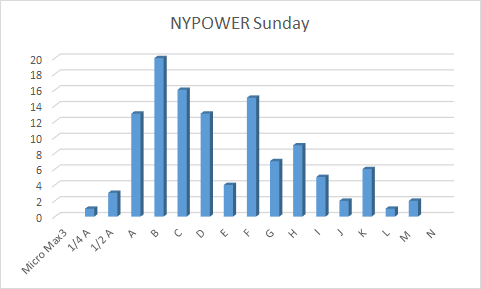 NYPOWER Monday by the Numbers 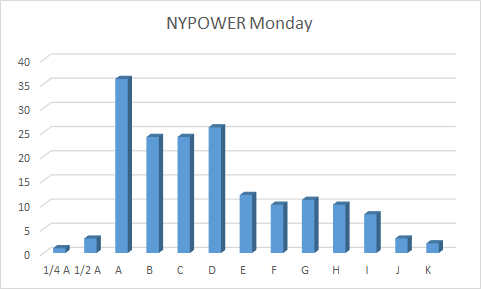