Our July launch was very special, it marked the 50th Anniversary of the Apollo 11 lunar landing. NAR requested all its Sections to schedule a launch that day to commemorate that amazing accomplishment! In order for us to be able to do this, we had the privilege to share the field with the Flying Aces a “free flight” model airplane event much like NSL. What a great way to see and share our hobby with other hobbyists and  visa versa.

Do to us sharing the field we set up where we did for NYPOWER, the launch was well attended, 67 flyers over the weekend. We set up that morning and had a club meeting in the Swanson building to cool off before flying, it was a very, very warm weekend. At the club meeting the BOD shared financial information to the members on the cost of running the club and answered questions about NARAM. Overall it was a quick meeting, we wanted to fly!

There were several Saturn V flown over the weekend, Dan MacNeal even had a scratch built Lunar lander very impressive to say the least. At 3:17pm we launched Saturn V’s to commemorate the exact touch down on the moon, in all we had 14 Saturn V’s take to the air on Saturday.

We were hoping to have a night launch Saturday night but weather moved in, that didn’t stop us from having our usual potluck dinner and enjoy some great food sharing rocket stories and enjoying the night sky, yes we saw the International Space Station fly bye. 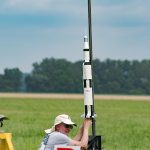 What would a MARS launch be without certification flights.
Eric Gallo Flew a Madcow Tomach on a J150p fora successful Level 2 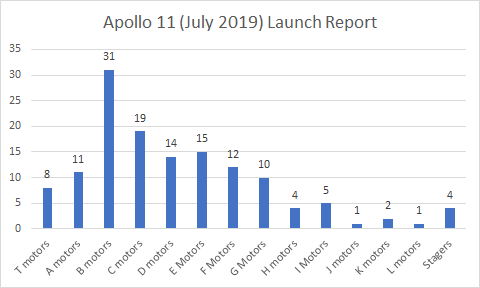 Sorry if we missed anyone! 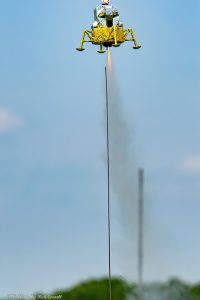 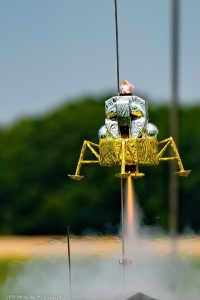 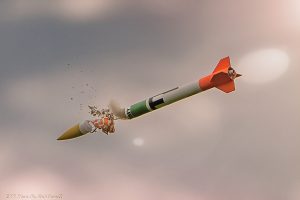 Check out the Photo Gallery for this glorious weekend